We are pleased to publish a blog approximately once per month. We cover important topics for elevator owners, managers and users. To sign up to receive our free blogs, kindly provide your email address below.

Is an MRL the best choice for my building? The answer depends on a lot of factors.

Here are some of the facts:


Most MRLs utilize a gear-less permanent magnet synchronous AC motor that is controlled with an electronic motor drive. It must be noted that this drive system is not exclusive to MRLs but also exists with conventional traction elevators. With conventional traction elevator layouts, an owner benefits from many of the MRL’s advantages while many of the extra costs and disadvantages are eliminated. It has always puzzled me that the industry has not embraced this approach in more situations. We will now explore some of the specific details with MRLs. 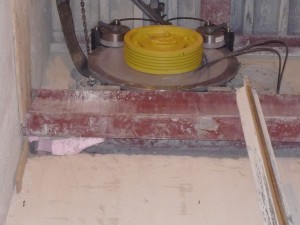 The gear-less permanent magnet synchronous AC motor controlled by an electronic motor drive, is the most power efficient elevator drive system when installed with a power regeneration inverter (regen unit). The regen unit takes the excess power from electrically braking and from the loading situations where the motor is actually slowing the elevator down. This excess power is regenerated and fed back into the power grid to be used elsewhere. Most MRLs use this elevator drive system either with or without the regen option. This drive system is a great choice for busy elevators because a lot of power is saved whenever the elevator is running. There is, however, a significant standby power draw since the motor drive is typically kept powered and ready to go when the elevator is idle. When you compare the least efficient hydraulic elevator drives, they often use about 4 times as much power when running, but less power when on standby. Not all manufacturers are the same, but generally speaking, a low use hydraulic elevator, that does less than 100 trips per day, will usually use less total power than even the most efficient MRL in the same building.

Maintenance Costs and Elevator Down Time

The reduced time to service newer elevators, is usually more than offset by the increased parts cost. Where previously common replacement parts were relatively inexpensive, such as relays and micro-switches, now the replacement parts are expensive custom circuit boards or electronic modules. Often the more complicated parts now need to be removed and sent back to the manufacturer for repair or refurbishing. The total maintenance costs for new elevators are usually higher than for the older ones, because all of the newer features and safety functions increase the complexity of the entire system.

With MRLs all of the components are shoe horned into the elevator hoistway. This trend is similar to the newer automobiles, where servicing components under the hood is much more difficult than it was years ago. Where a motor removal and re-installation for a conventional elevator layout typically takes one to two days of site time for an elevator service crew, the same job for an MRL typically takes 1 to 2 weeks! Troubleshooting complexity is also significantly increased since it is often difficult for the service technician to get at the components he needs to see and to find the problems. This type of extra labour cost is what makes the MRLs some of the most expensive elevators to maintain.

Much of the extra labour cost and down time can be avoided by installing the MRLs type drive in a conventional machine room. This is an option which should be considered more often in buildings like hospitals or in other buildings where elevator up time is a priority.

There are some non-proprietary MRL systems, but the vast majority are proprietary. All of the multinational elevator companies have their own proprietary MRL systems. If you are considering purchasing one of these elevators take the time to download and read our Whitepaper entitled “8 Things you NEED to know before Buying an Elevator”. With a proprietary elevator system it is often your only good option to stay with the installing contractor for your elevator service and maintenance regardless of the price. Regardless of who is maintaining your MRL, the parts are usually not as readily available or substitutable as they would be with a more traditional elevator system, or layout. This availability usually results in longer down times when the elevator malfunctions. 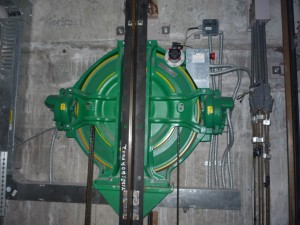 Is an MRL “Greener” than a Hydraulic Elevator?

The standard MRL marketing answer is yes. However, when you look into the details of power discussed above, you can see that in this area, the answer is not always so simple.

MRLs do not use hydraulic oil, so there is no possibility of a spill into the environment. However, the new hydraulic elevators have many standard oil containment features and options. There are even biodegradable vegetable based hydraulic oils available.

All of these factors and many others make it difficult to fully assess how “Green” or environmentally responsible the decision is to buy a particular elevator system. But certainly for a low rise and relatively low use application, a conventional hydraulic elevator can actually be quite a green choice despite much of the elevator marketing information to the contrary.

Many building owners are hearing rumors, or receiving proposals from their elevator contractors to install car top guardrails on their elevators. The... END_OF_DOCUMENT_TOKEN_TO_BE_REPLACED

These are some of my personal observations and suggestions from many years of involvement in the elevator industry and in running elevator... END_OF_DOCUMENT_TOKEN_TO_BE_REPLACED

Is an MRL the best choice for my building? The answer depends on a lot of factors. Here are some of the... END_OF_DOCUMENT_TOKEN_TO_BE_REPLACED