The Reliable Elevators Act – How This Affects YOU . . . 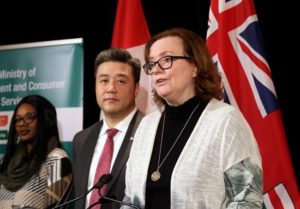 There have been many discussions in the media recently regarding the reliability of elevators and what role elevator contractors should play in ensuring reliability. Some clarification from a contractor’s perspective should help achieve a better result in these discussions.

A copy of The Reliable Elevator Act (introduced March 22, 2017 into the Legislative Assembly of Ontario by MPP Han Don) can be found here: Bill 109

Let’s start by stating that any responsible elevator contractor should be repairing the vast majority of elevator breakdowns within a day or two, at most. Within our company’s statistics, less than 1% of the elevator breakdowns take more than 2 days to rectify and over 90% of the breakdowns are rectified within 1 day – which is far better than industry averages.

Below are some misleading or confusing statements reported by the media with our factual responses. We hope this will give you the best information with which to manage your elevators and elevator maintenance contracts.

Media Statement: There is a crisis in the industry confirmed by the rising number of 911 calls for people who are trapped in elevators. “Latest figures, for example, show firefighters in Toronto alone had to pry open elevator doors to free 3,647 people in 2016. They’ve already been called out more than 400 times this year.”

Clarification: In the last 10 years, there has been a significant shift in the number of elevator companies who have changed to an ultra-low cost service model. How does this affect you? With their lower rates, some elevator maintenance companies are incented to do less than the contracted and legally required maintenance on many elevators in their portfolio.

The results? Less work means more elevator entrapments and less overall reliability. However, the more conscientious companies such as Elevator One still provide good service, resulting in them picking up an increasing share of the maintenance market (at least from the building owners who do not make their purchasing decisions solely on initial low price).

In many cases, the duration of an existing elevator contract may not allow an immediate change of service providers. However, in future years, elevator owners and managers can correct the situation by shifting their business to the maintenance companies who provide better service, or hopefully, as the “doing less” companies adjust their philosophies to retain their existing business.

Media Statement: The Elevator industry in Ontario is controlled by a small cartel of 4 large companies.“Analysts like Isabelle have tended to blame the often dismal situation on a tight-knit industry dominated by a handful of mega multinationals, who have little incentive to address the availability problems.”

Clarification: Only about 40% of Ontario’s elevator workforce work for the 4 large multinational companies. This is hardly a cartel. With 60% of the 3600 licensed elevator technicians working for smaller independent companies (mostly non-union like Elevator One), elevator owners have considerable choice in whom to contract with for elevator services.

In Ontario, the TSSA has over 60 licenced elevator contractors in their records that are of a substantial size. Suggestion – select a proven elevator maintenance company with positive reviews. See Elevator One’s Google reviews here.

Media Statement: Elevator contractors seem to be the primary cause of long shutdowns. “Maintenance contractors would be held responsible for getting broken-down elevators up and running in relatively short order under proposed novel legislation in Ontario that seeks to address what some have deemed a crisis.”

Clarification: This is sometimes the case, especially with the elevator companies operating under an ultra-low-cost business model as discussed previously, but often building owners fail to budget and invest the money in upgrading their elevators soon enough. This results in the elevators becoming more unreliable and taking longer to repair as they age. If you are driving a 25-year-old car, is it not more likely to break down more often and take longer to repair than a newer one?

The causes of many elevator shutdowns are often outside of the control of the elevator contractors. One of the multiple elevator shutdowns that has been in the news recently was caused by a flood in the building that substantially damaged most of the elevators in the building. In situations like this, a 2-week turn around is just not possible since a substantial portion of each elevator must be replaced or rebuilt to satisfy TSSA’s safety requirements.

Media Statement: The proposed Bill 109 states: “The contractor responsible for maintaining an elevator that becomes unavailable for use because it needs repair shall ensure that the elevator is repaired.”

Clarification: The bill does not define “contractor responsible.” With most elevator contracts, some or all causes of breakdowns are not included in the contract and the building owner must pay extra for these situations. Who then is responsible if the owner has not authorized or paid for the repair? For example, elevators that are shut down due to the reasonably common occurrences such as floods, power failures, lightning strikes etc. are seldom the responsibility of the elevator contractor, so in its current state, the bill does nothing to alleviate the situation; it just seems to muddy the waters.

In summary, the best way for elevator owners to have more reliable elevators is to do their homework and to employ the services of the elevator contractors who have the better track records in maintaining elevators rather than choosing the option with the “lowest initial price.” There is a significant choice of great elevator contractors in Ontario who, within their portfolio of elevators, never let regular elevator shutdowns come anywhere close to the limits proposed in this bill.